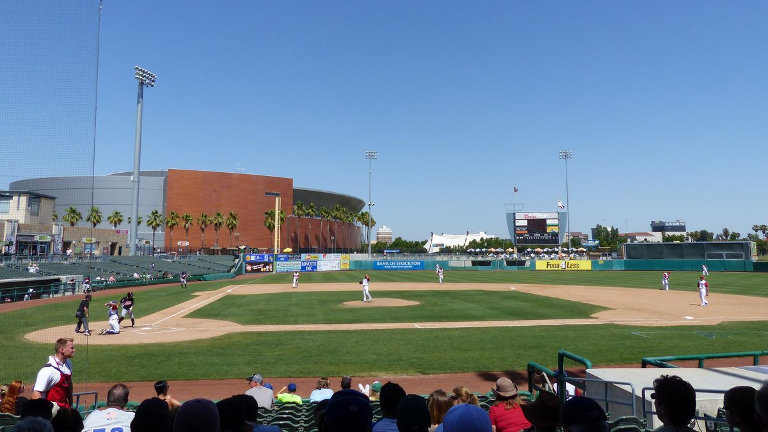 Banner Island Ballpark is an unofficial stadion’s name used by fans and the Port of Stockton authority. However, the city owns the right to name the stadium, and until this privilege is lost, the sports facility is officially listed everywhere as Stockton Ballpark. The baseball field is informally called Banner Island Ballpark due to the district’s location. It was once situated on an island located in the San Joaquin River Delta. During the Civil War, supporters of the Union placed huge flags with stars and stripes there. After a while, it was connected to the mainland via a landfill, so only the south bank remained. However, even though this place has ceased to be an island, the name itself survived.