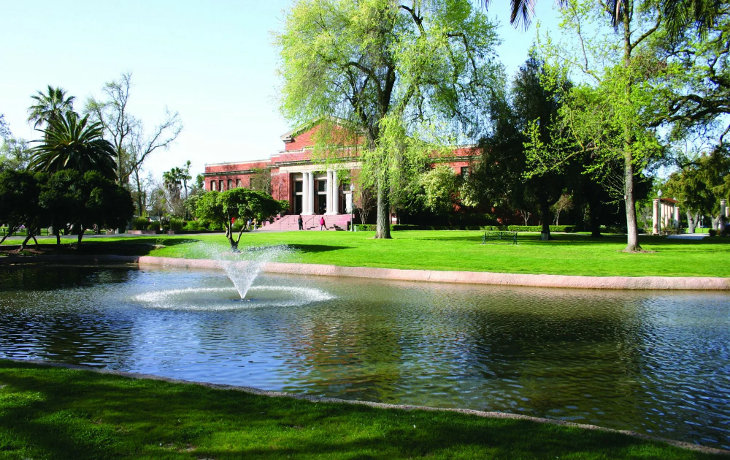 The San Joaquin Pioneer and Historical Society, an initiative group of the city of Stockton, was going to open a museum. However, they suffered from a money shortage. Then Robert McKee, a native of Stockton, approached the members of the society with an offer of thirty thousand dollars on the condition that the institution would bear the name of his wife’s father, Louis Terah Haggin. On June 14, 1931, Flag Day, the museum opened its doors to the first visitors. After World War II, the institution needed space for offices, storage facilities, and an exhibition hall. In 1948, Stockton architect Howard G. Bissel completed the new museum’s layout. The funds for its design were offered by the owner of the local newspaper Stockton Record Mr. Irving Martin, as well as by Miss Jenny Hunter and Mr. Robert McKee. In 1949, the museum began its work after the expansion. The latest changes were made in 1976. The money for this was donated by the son of the American entrepreneur and inventor Benjamin Holt, William Knox Holt.